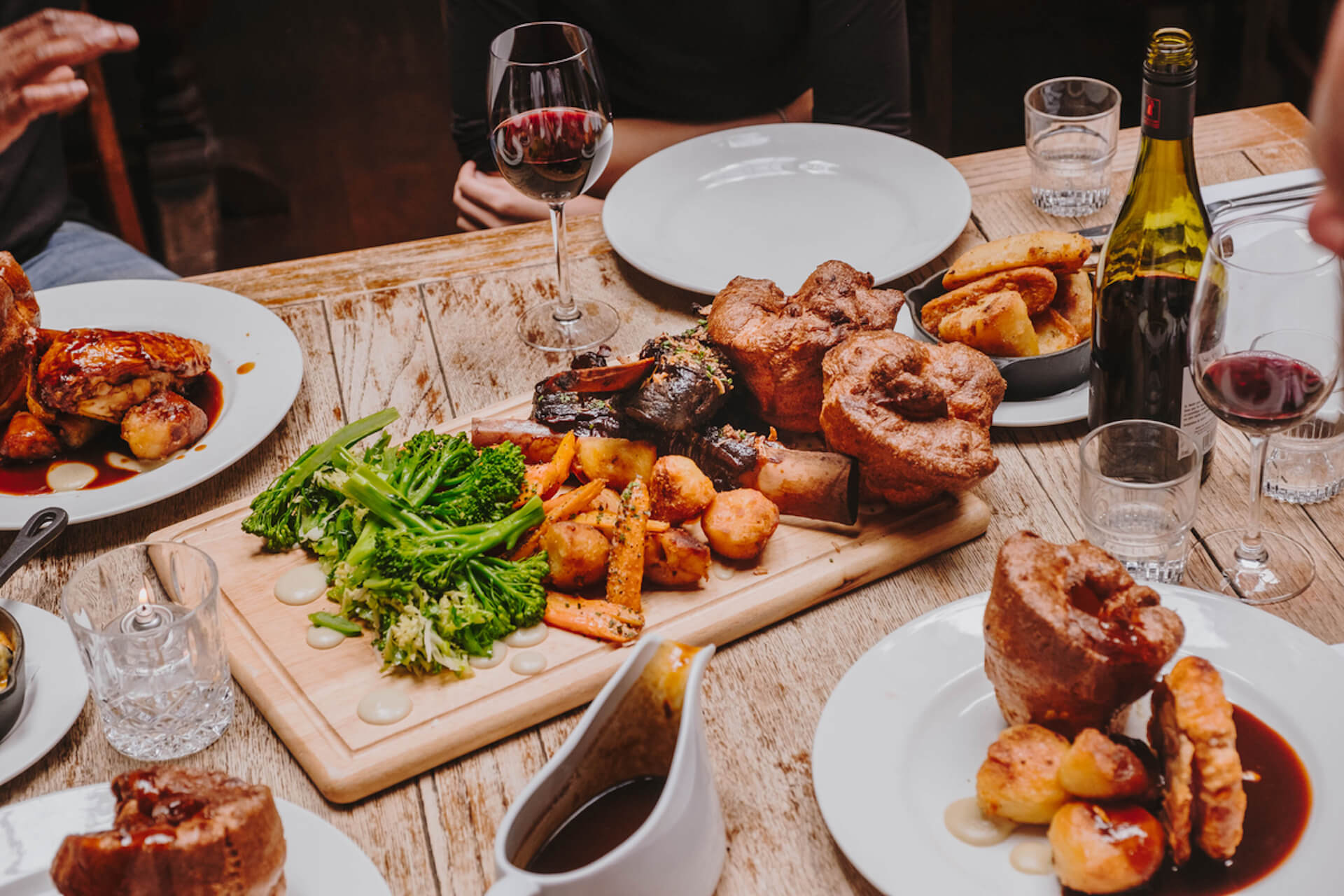 With the return of the Premier League last weekend, thousands of football fans up and down the country will be hungry for the esteemed title, as well as a pre-game feast or post-match celebratory meal. With this season’s exciting re-opening of Tottenham Hotspurs’ White Hart Lane stadium featuring fine dining from Chris Galvin and the Roux family, OpenTable, the world’s leading restaurant booking service, has handpicked the best places to eat near the Premier League’s 20 stadiums.

Whether you’re venturing into unknown territory on a big away day or looking for somewhere new to try on your usual turf, leave your usual stadium fare behind and upgrade with OpenTable’s restaurant recommendations.

A stylish city centre restaurant, offering a casual, elegant dining experience, much like the football on display at Manchester City’s Etihad Stadium.

Described as one of Manchester’s best kept secrets, this understated, laidback restaurant has an eclectic menu of British classics with a south Asian twist. They also serve up a mean breakfast menu to kickstart your footie-filled day.

Blackfriars is located in a medieval friary, making it one of the most historic dining spots in the UK. They use locally-sourced seasonal produce from farms and markets accompanied by a large award-winning wine list to produce a classic, gutsy British menu – a style Newcastle locals may hope will be reflected on the pitch.

Casa Brasil is ideal for diners with a particularly big appetite. Offering its guests unlimited service on its delicious range of slow cooked meats, including its hot and cold buffet and barbecued rodizio. Visitors assume the role of referee, showing green and red cards to control the flow of meats coming to the table.

Dem’s Mediterranean and Turkish fusion cuisine offers diners a unique combination of flavours inspired by 26 years in the restaurant industry. Don’t worry if you’re running late and don’t have time for a sit-down meal, Dem’s takeaway menu means you can grab a bite to eat on the way to the stadium.

A former pop-up that went so well it became a permanent restaurant, Farang gives visitors a chance to experience modern Thai street food. Head chef Seb started learning to cook British cuisine aged 13 before developing his skills during a tour of Asia – something Arsenal will be hoping their team can replicate this year after a pre-season trip to Singapore.

A riverside restaurant and bar specialising in Forman’s world-famous smoked salmon and seasonal British foods. The restaurant provides a stunning view of the London Stadium and a viewing gallery into its very own smokery, allowing diners to get in the mood for the upcoming spectacle, whether it’s the big game or the delicious food.

The British restaurant situated in the Park View Hotel produces food that looks as good as it tastes. Head down before a Friday night game to sample their Fish Friday menu which includes dishes like Surf ‘N’ Turf and Cajun spiced seafood linguine.

Toast to the Burnley boys win with an incredible array of cocktails and wine choices. Illuminati’s tasty food menu has much to soak up the Margaritas with delicious burgers and hanging kebabs available to order.

Megan’s is a self-professed King’s Road institution and one of the most romantic places to eat in the UK. Serving a modern mix of Mediterranean and British cuisine, their breakfast menu is especially eye-catching. Come the end of the season, could they be serving the breakfast of champions for Chelsea fans?

This premium steakhouse, located in a regal-looking old bank in St. Martin’s,  has as much substance as it does style. All meat on the menu is delivered on a daily basis from the restaurant’s very own butchery in Middleton, Norfolk – it doesn’t get any fresher!

If you’re coming from Huddersfield city centre, grab a quick ruby in town before taking the train or bus out to John Smith’s stadium. Nawaab is the perfect spot for discussing pre-game predictions with your friends over fiery curries and ice cold beer.

Sala Thai is a family-run restaurant that prides itself on providing a traditional and authentic Thai dining experience. Using nothing but fresh hand-picked ingredients Sala offers a classic Thai menu brought to you by a head chef with a wealth of experience.

Sapori Sardi is the brainchild of a husband and wife determined to deliver the most authentic Sardinian dining experience in London. Despite being just a few minutes from Putney Bridge, the restaurant has successfully captured the essence of Sardinia through its selection of wines and a menu devised by the owner who has been cooking since childhood.

Stanley’s Bar and Grill prides itself on its fun and friendly atmosphere, as well as the theatrics of its open kitchen giving it all the attributes needed to get Everton fans warmed up for an afternoon at Goodison.

If you’re looking for a football-related dining experience, it doesn’t get any better than The Boot Room, located underneath the world-famous Kop stand at Anfield. Offering a fun and family-orientated dining experience with TV screens and memorabilia to keep the kids entertained. If it feels like you’re practically at the game itself when you visit the Boot Room, that’s because you are.

Brighton’s Coal Shed has a pretty simple recipe to keep its customers satisfied: Meat, Fish, Fire. The highly rated steakhouse takes its name from a preference for cooking on flames to pack the food with extra flavour. Don’t just take their word for it though, they have been named one of the UK’s top restaurants at the Observer Food Monthly Awards.

Sporting a menu that provides real pub food with a smokehouse twist, as well as a great selection of beers, wines and spirits, The Prince George is the ideal place to celebrate a win or temper the disappointment of a loss with a huge plate of comfort food.

Specialising in real ale and cider, The Westbury is helpfully located less than a mile away from one of the UK’s best craft brewers. Head down on Super Sunday for a delicious roast that won’t break the bank.

Vivo Latino offers an upmarket dining experience capturing the distinctive vibe of South America through its shabby-chic décor whilst bringing together authentic flavours from Mexic0, Brazil, Cuba and Peru on its extensive menu.