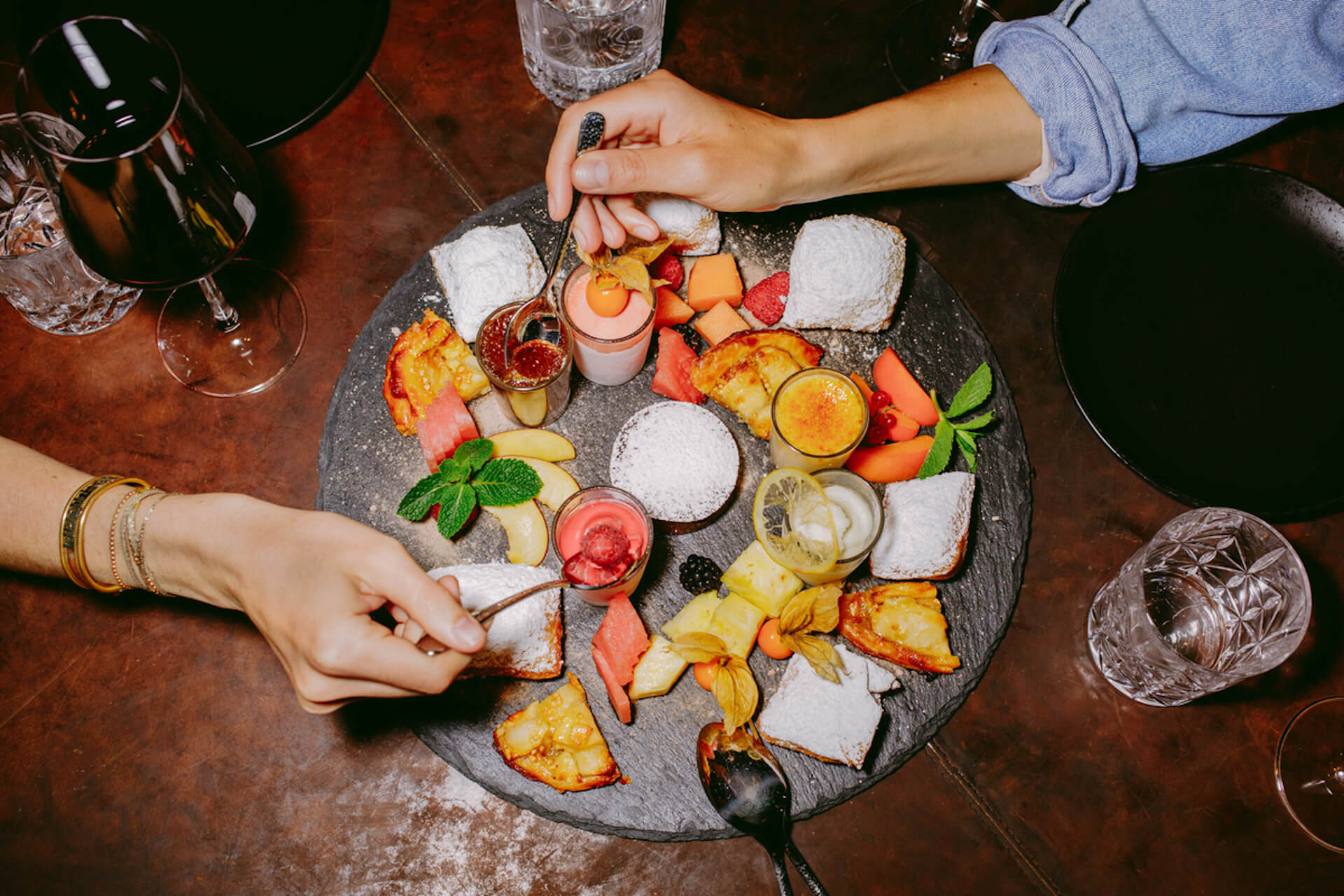 London, 1st July 2016… New research from OpenTable, the world’s leading restaurant booking service, has found that a staggering three million (3,790,920)1 indecisive Brits experience food envy on a regular basis, and it is leading to unrest at the dinner table.

With over half (54%) of diners admitting to having experienced food envy, Neuropsychologist Dr David Lewis comments “If the look and smell of another person’s meal arouses emotions that are more positive than their own choice the results can be envy, frustration and regret.” As a result, jealous Brits are unabashed in coveting a fellow diner’s meal with over a third (35%) shamelessly admitting they would steal their friend or partner’s meal to overcome their envy.

Furthermore, almost one quarter (23%) of those asked admit that food envy has caused an argument between partners and friends. Dr David Lewis shares “With an abundance of choice on restaurant menus it’s no surprise that friction between couples/friends can arise. As humans we have formed a carnal relationship with food, not only does it help us to survive, but we derive immense pleasure from the act of eating and we’re protective of this.”

The study also revealed the physical symptoms diners are most likely to experience from food envy, which includes drooling from the mouth (22%) and even complaints of an increased heart rate (9%). Dr. David Lewis says, “These are produced by what doctors’ term sympathetic arousal and refers to part of the nervous system over which we have little or no control. In addition to increased heart rate we sweat a little more, breathe more rapidly and focus our all attention on what has stimulated these physiological changes – the other’s mouth-wateringly tasty meal!”

Over a fifth of women cited they are most likely to suffer with food envy when they are on a diet; while (19%) men feel it is when they decide to order something adventurous. Dr David Lewis continues “With only a brief menu description to guide them, diners must rely on their cognitive skills while making food choices. When the meal arrives however, they rate the soundness of their choice emotionally. So, regardless of your discipline, you’re likely to give in to desire”

Adrian Valeriano, Vice President, Europe, OpenTable, comments “Understandably, the abundance in choice on today’s restaurant menus can mean diners are left in a quandary over what to order. If you know you have a history of stealing a friend’s fries, drooling over your dates’ dessert or regularly experience the symptoms of food envy, why not opt for the ‘share more, taste more’ philosophy and order sharing plates for the table, that way you get a taste of everything and eliminate any feelings of jealousy that could affect your dining experience.”

Risk Avoiders make their food choices cautiously and conservatively so as to avoid later regret. They order familiar dishes they have enjoyed in the past.  Playing it safe can, however, result in food envy when they see the dishes ordered by their more adventurous companions.

Risk Takers are optimists who always expect to win big. When dining out they often choose dishes that involve more than a little risk and uncertainty. If their choice is delicious their more cautious dining companions are likely to experience food envy. But if the dish fails to live up to expectations, it is the Risk Taker who becomes envious of the safer food choices of others.

Risk Hedgers try to combine the best chance of enjoying success with the least risk of failure. They typically select dishes that are somewhat unfamiliar and slightly adventurous but neither too strange nor too exotic. As a result, they can be the most prone to food envy with the choices of both Risk Avoiders and Risk Takers appearing tastier and more desirable than their own!”

Take your time studying the menu, especially if the style of food is unfamiliar to you. Never allow yourself to be rushed into making a hasty choice by social pressure and always be ready to seek advice from waiters.”