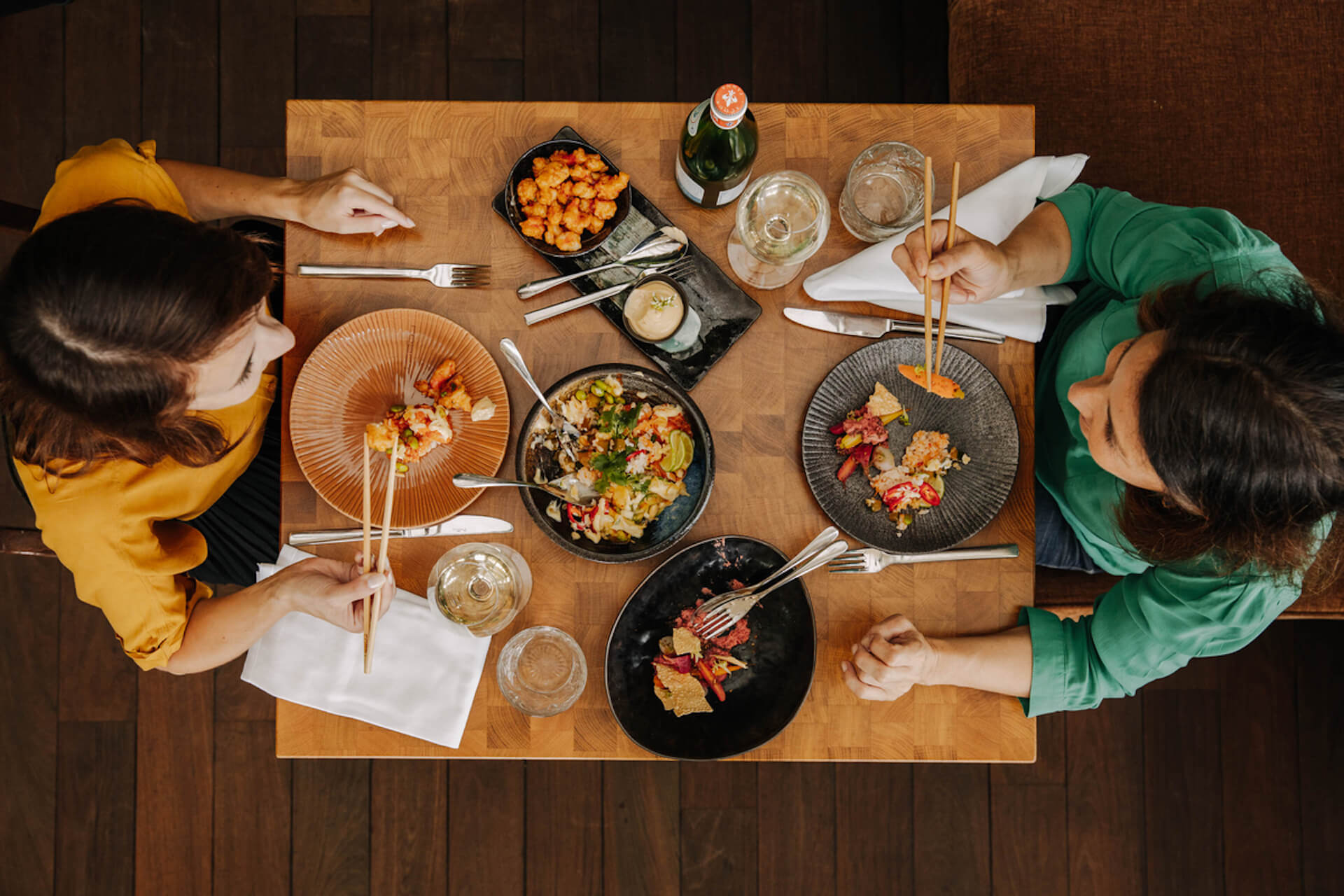 London, 4th August 2015… New research released today by OpenTable, the world’s leading online restaurant booking service, reveals a clear call to action for restaurants to greater adopt technology to enhance the dining experience. With 61% of diners confirming that technology could play a bigger role, this insight reveals exactly what diners want in terms of using technology before, during and after the dining experience.

With this appetite for greater integration, two thirds (66%) of diners wish they could use technology to choose the location of their table at a restaurant and 61% wish they could discover menu specials before dining out. An additional three quarters (74%) would love to be able to contact their chosen restaurant via text message to say if they’re running late or to remind the restaurant of any special arrangements they’ve made.

Unsurprisingly, mobile phones have become an influential force in the dining experience, with 1 in 5 people interacting with their phone more than three times during a meal. Additionally, more than one in four (27%) of Brits use their phone to take a photo during a meal in order to remember the experience.

Further reinforcing the symbiotic relationship between diners and their mobiles; they are also vital to decision-making at the restaurant, with 1 in 5 Brits using their mobiles to research reviews so they can choose what to order.

There is also a lot of buzz around mobile payment options, and while the industry is still at an early stage of adoption, consumer appetite to use mobile payments in the future is significant. In addition to the 11% who have already tried paying by phone, a further 43% of diners said they like and are open to the idea.

The research delved deeper into the power of the internet to determine a consumer’s choice of where to eat. The web is packed full of diner restaurant reviews but how much do people rely on them? According to insight, Brits are 14% more likely to consult reviews from other diners (as 58% typically do) than professional critics (51%). Social media also has a huge impact, with 1 in 5 Brits sharing their experience on social media after their meal.

“At OpenTable we sit right at the intersection of food and tech, which makes us infinitely curious about what people want from technology when they dine out,” said Leela Srinivasan, VP of Restaurant and Product Marketing, OpenTable. “Dining out, like virtually every area of life, has been transformed by technology, but in an industry in which hospitality is paramount it’s important to strike the right balance for your restaurant concept. With an unwavering reliance on technology in the dining sphere, restaurants are poised to harness diners’ enthusiasm for integration in creative and innovative ways.”

Download the full Technology and Dining Out research eBook here